What about a Healthy German Vegan Potato Soup – Saxon Style for dinner or lunch today? You cannot go wrong with this soup. If you love meat just add some bacon or sausages to the soup. But it’s a 100% vegan and vegetarian soup recipe – very healthy and nutritious indeed! Happy Cooking! 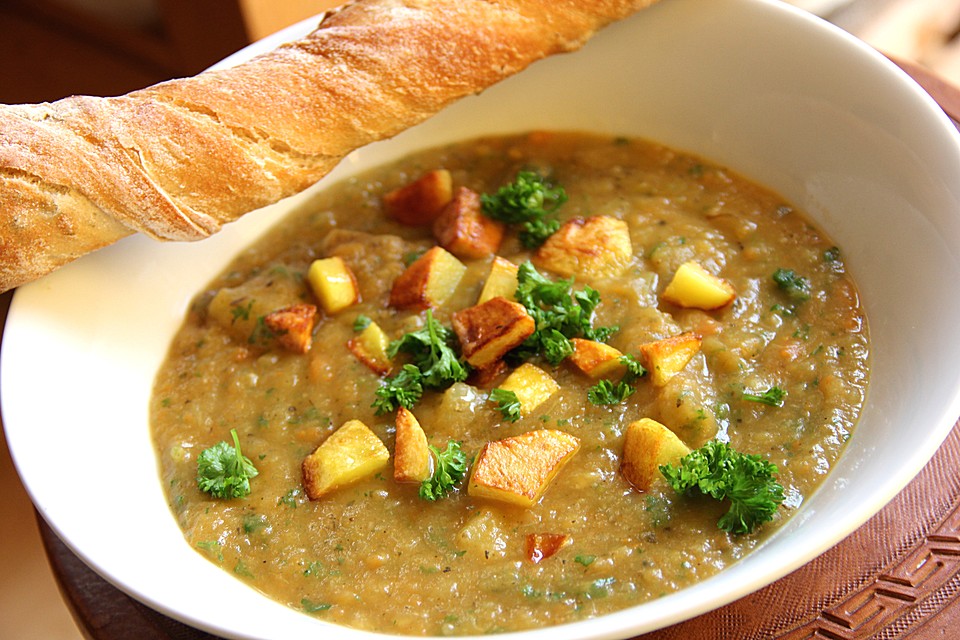 Note on the Herb Lovage:
Lovage’s unique flavor is similar to celery. In Germany we use lovage for many soups, casseroles and salads. It can be used as a substitute for salt.
It is used like parsley but in smaller quantities. The flavor is quite strong.
Lovage is an heirloom herb that grows almost everywhere in Europe. When you grow your own lovage the plants will grow pretty tall, up to 6 feet. The herb can be harvested in about 90 days.

Variations for a Non-vegan soup:

– Add some sliced Wiener sausages.
– When frying the vegetables add some chopped smoked or boiled ham or Speck cubes.