This article will show you some traditional food from the Rhineland,  the head quarter of the German carnival (Karneval), and the historical city Cologne. One is the Halve Hahn, a German Rhineland Specialty.

What is the Halve Hahn German Rhineland Specialty

In the local pubs of the Rhineland you can find special dishes on the menu. If you are not sure what it means you might be surprised after you have ordered it.
The Halve Hahn is basically a snack or finger food,  that consists of a rye roll that comes  with a thick slice of cheese and butter. They call the bun “Roeggelchen”, the cheese is medium ripe Gouda, and often it is served with mustard, pickles or onions.
We researched to find out how this name came about. There are some legends and theories around that name. 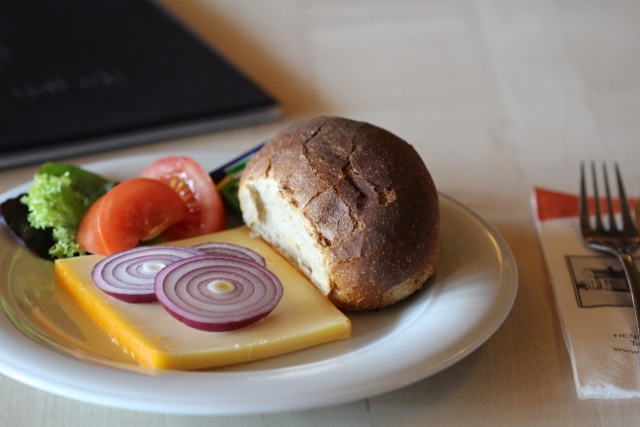 Number One is that the host of a tavern served a whole rye roll with cheese but the guest ordered only a half. So the guest said, “Äver isch will doch bloß ne halve hahn“  in the Rhineland dialect which means in English: …„but I only wanted one half.”.
The roll was cut in 2 pieces, and a new recipe was created in the Rhineland: the Halve Hahn.

Number Two  is, that cheese was cheap during the war, but bread expensive. People asked,”Kann ich och ne halve hahn?“ which means in Englisch: “Can I also have a half? (of the roll).

Number Three tells a story where a birthday celebration was involved. The event party ordered in advance 14 halves of roasted chicken for everyone. You should know that it is common in Germany to order a half roasted chicken. But when the guests arrived they served them 14 halves of rye rolls with cheese. Everyone laughed about that joke. From that day on the dish Halve Hahn was born which people until today can order in every one of the Rhineland’s pubs. And this happened in April 18, 1877 in the Gasthaus, Brauerei Wilhelm Lölgen, at Hohe Pforte 8.

So if you are traveling one day to the Rhineland, make sure to visit a typical pub and order a Halve Hahn which comes without saying with a glass of “Koelsch” –  the typical beer from the Rhineland.
If you visit the city of Hennef, you can order this dish among many other Rhineland specialties with a glass of Koelsch! 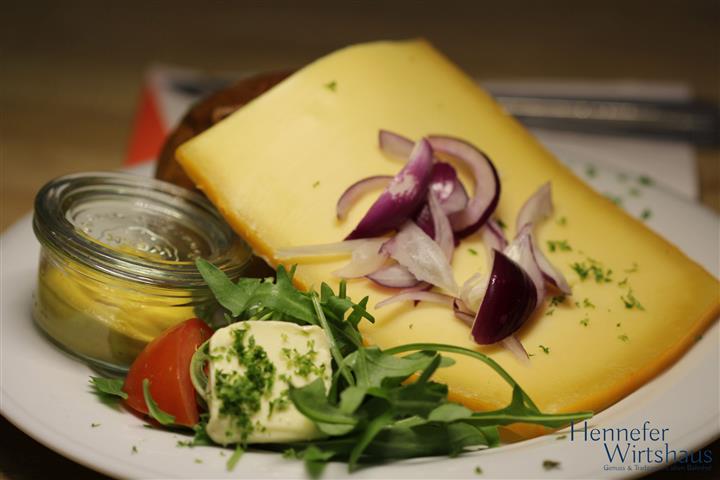