Learn today what is a ragout and start with the German Chicken Ragout!
Ragout is a term for a main-dish stew and has nothing to do with “Ragu” which is Italian and is a sauce such as Bolognese, served with spaghetti. For a ragout you can practically use all kinds of meat.
As described in the book “The Complete Housewife” from the 18th century, featuring a recipe for a ragout which I personally would not cook nor eat:
“To make a Ragoo of Pigs-Ears – Let’s see what it is
Take a quantity of pigs-ears, and boil them in one half wine and the other water; cut them in small pieces, then brown a little butter, and put them in, and a pretty deal of gravy, two anchovies, an eschalot or two, a little mustard, and some slices of lemon, some salt and nutmeg: stew all these together, and shake it up thick. Garnish the dish with barberries.”
We recommend: Let’s make the chicken ragout instead of using pig ears. Happy Cooking! 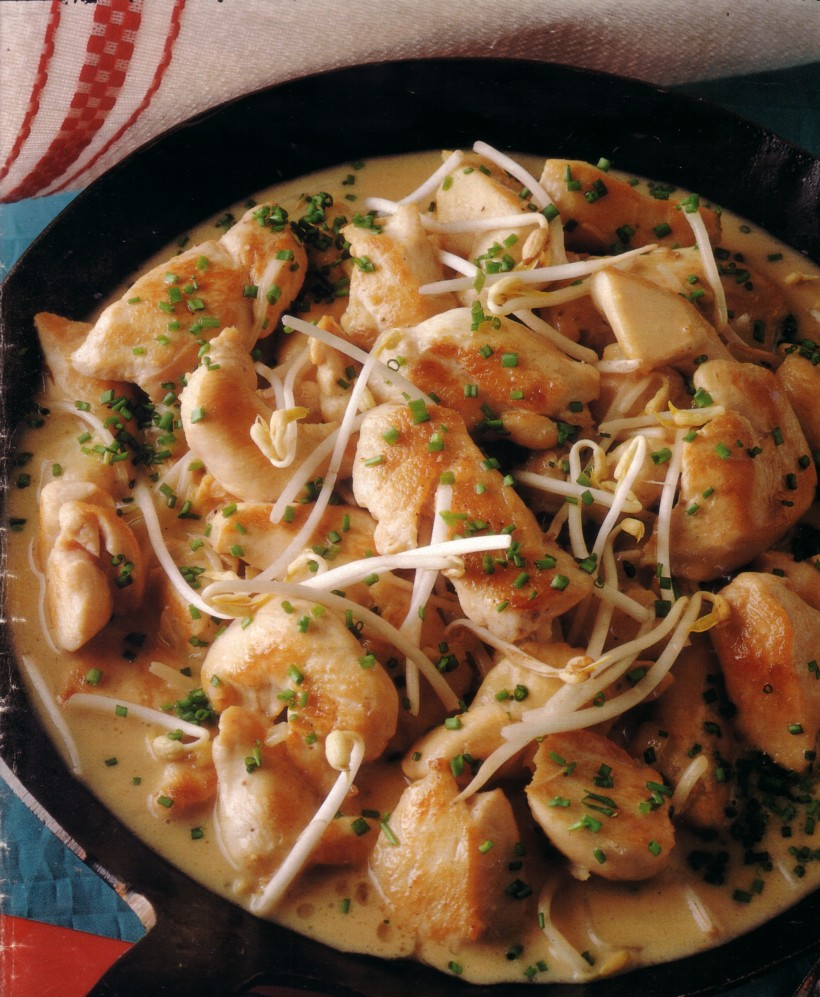 Cooking Instructions German Chicken Ragout
– Chop chicken breast in small pieces; wash soy sprouts and clean them; chop onion fine.
– Heat clarified butter in a skillet and fry chicken pieces on all sides and in portions (not all at once) for about 3 minutes, add salt and pepper; take them off the skillet.
– Saute onions in the same skillet, powder flour over it and add the broth.
– Spice gravy with lemon juice, white wine, salt and pepper; add soy sprouts and let it simmer for 5 minutes.
– Put chicken to the sauce; mix egg yolk with heavy cream and add it to the meat.
– Sprinkle chives on top.
Serve it with white or brown rice.