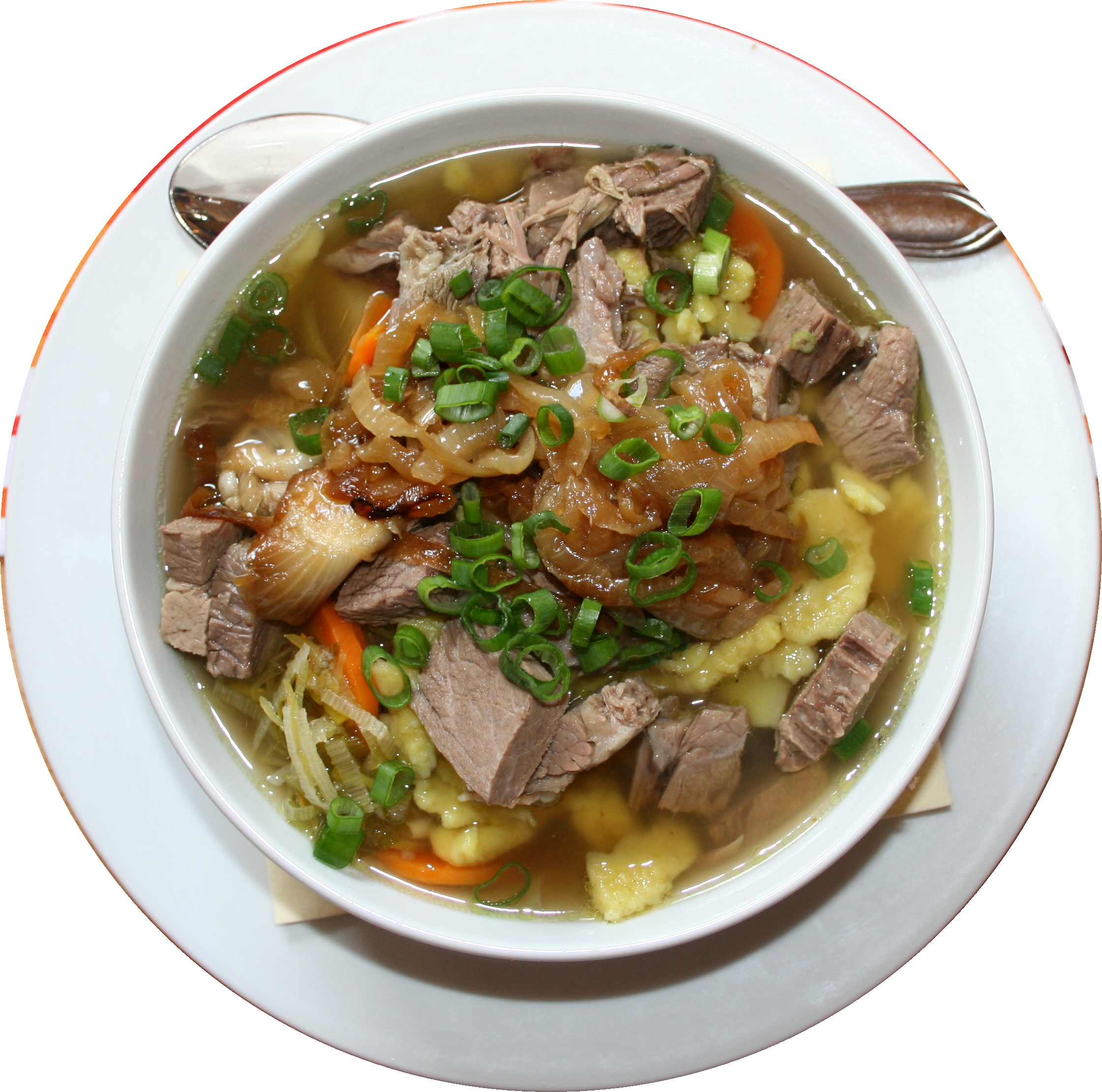 This original German recipe Gaisburger Marsch Eintopf (stew) comes from Baden-Wurtemberg, from Swabia, the region around Stuttgart, and from a part that is named “Gaisburg”. We researched to find out how this delicious stew came about. Here is the story:
It is been said that this dish was so popular in the 19th century among the officer candidates that they marched all the way to Gaisburg where their favorite dish was served in the Gasthof (Inn) called “Bäckerschmiede.” 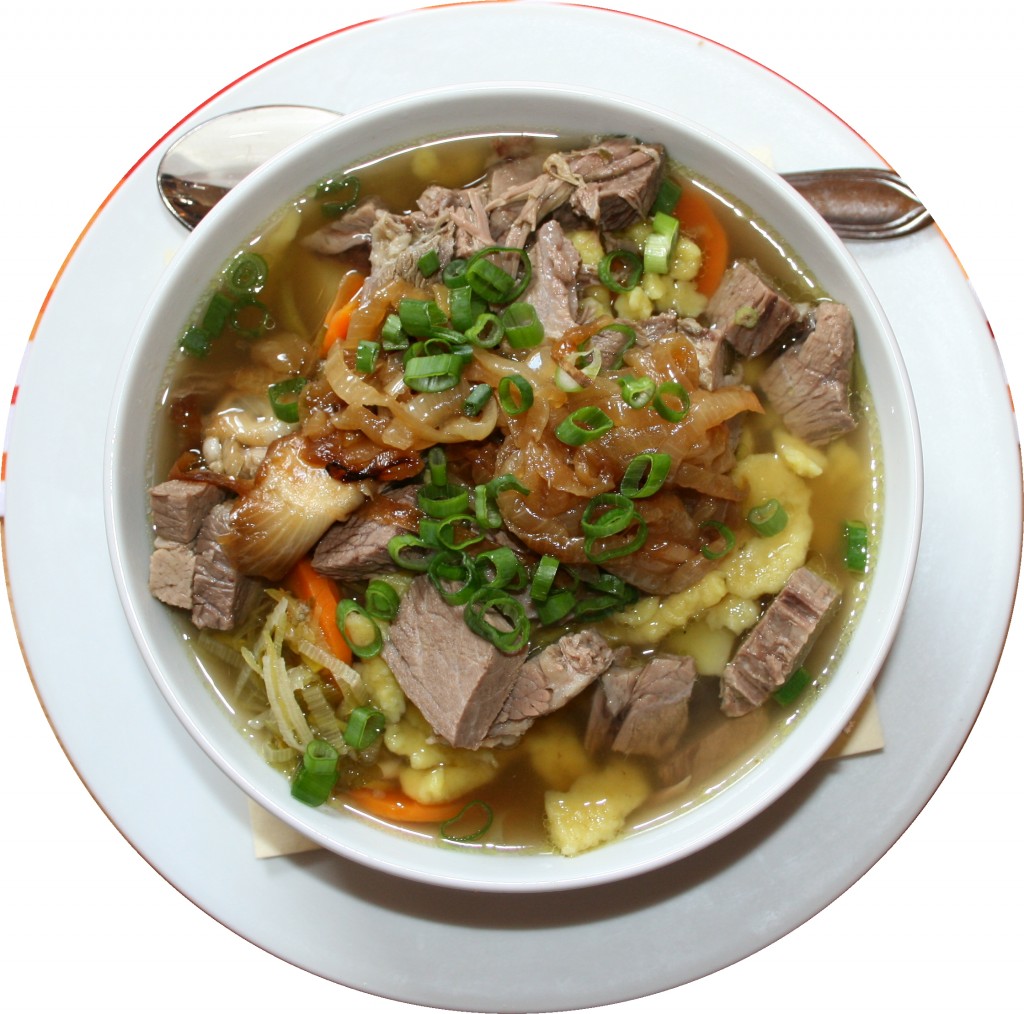 Another version tells, that the  locals from Gaisburg became prisoners of war and their women were only allowed to bring them one meal every day, so they created this nourishing dish and marched with it to the camp.

Gaisburger Marsch is a combination of potatoes and Spaetzle in a beef broth together with “Tafelspitz”, a special beef filet, and marrow bones, served in a soup bowl with roasted onions on the top.
– Find the recipe for Tafelspitz here – Happy Cooking!

Vegetable:
1 leek, 1 big carrot, 1/2 celery root, parsley root (if you cannot find parsley root, you can use the root from the parsley that grows in your garden)
1 bay leave, 2 cloves, 2 onions
500 g potatoes
250 g Spaetzle – Recipe for home made Spaetzle –
salt, pepper, nutmeg, parsley to taste 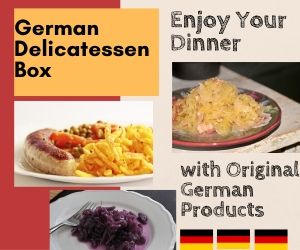 – Cut the vegetable roughly. Peel 1 onion, cut in half and stick the cloves into it.
– Wash the meat and bones under running cold water, and with the vegetable, the onions and bay leave, place it into cold water, bring to  a boil,
– Let simmer on low heat for 90 minutes.
– Add salt to taste while the soup is cooking.
– Peel potatoes, cut in cubes.
– When the meat is done, put it on a plate and drain the broth. Keep the broth and boil in the same pan the potatoes.
– Cook the Spaetzle or make them (see the recipe on this blog) per instructions. Drain them in a sieve.
– Cut the meat into cubes, add it with the Spaetzle to the potatoes in the broth, spice with salt, pepper and nutmeg as needed.
– Cut the other onion in cubes and saute them in the butter until golden.

Serve the soup in a big soup bowl, and on each portion sprinkle the onions and the chopped parsley.